An Integrated Development Environment (IDE) also known as Integrated Design Environment  is a software applications that provides coding, editing and debugging tool for creating desktop applications, web application, java based application and more.In this post, i have gathered some useful and must have free IDEs for programmers and web developer .

The basic features of an IDE includes :

Aptana is well known IDE among the programmer and developer. Beside the usual features you can also add plugins , which makes Aptana a must have tools for developers. Aptana Studio harnesses the flexibility of Eclipse and focuses it into a powerful web development engine.

Qt Creator is mainly used for C++.  It has an advanced code editor , visual debugger and many more features.

Code::Blocks supports multiple compilers, including  Microsoft Visual C++, Borland C++, Watcom , the Intel C++ compiler and many more. It is developed in C++ using wxWidgets as the GUI toolkit. The IDE features syntax highlighting and code folding through the use of the Scintilla editor component, C++ code completion and class browser and an integrated to-do list

NetBeans is a cross platform, opensource  IDE that supports many languages such as  Ajax,C/C++, JavaScript, Ruby, PHP, Python and more. Pick your scripting or programming language and get to work. You can create desktop, mobile, web applications using NetBeans.

Eclipse is a multi-language software development environment. You can download the PHP, C++ or Java IDE from here

IDE from Microsoft that includes a code editor supporting IntelliSense as well as code refactoring. Built-in languages include C/C++ (via Visual C++), VB.NET and C# and also supports other languages such as, Python, and Ruby, XML/XSLT, HTML/XHTML, JavaScript and CSS.

If you need an IDE on the go, Ulzard is an useful on browser IDE. Mainly focused on web applications, that relay on JavaScript frame works. 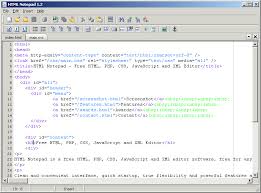 Notepad++ is a free  source code editor and Notepad replacement that supports several languages. Running in the MS Windows environmentBased on the powerful editing component Scintilla, Notepad++ is written in C++ and uses pure Win32 API and STL which ensures a higher execution speed and smaller program size. 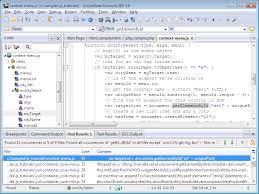 Komodo Edit is a fast, smart, free and open-source code editor.Whether you develop for Windows, Mac or Linux—or all three—Komodo is a fast, full-featured IDE that you can rely on. Komodo IDE has a wealth of features to help you get your development work done faster, while staying out of your way so you can focus on your code.you can run PHP, Python, Ruby, JavaScript, Perl, Tcl, XML, HTML5, CSS 3. 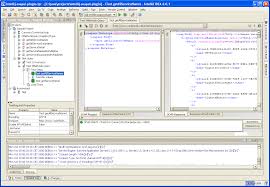 IntelliJ IDEA is a code-centric IDE focused on developer productivity. The editor deeply understands your code and knows its way around the codebase, makes great suggestions right when you need them, and is always ready to help you shape your code.

courtesy : Wikipedia and the Applications websites used on the research.

voting is ur right!!!